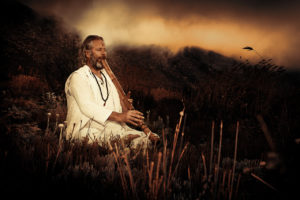 On Saturday August 31 and Sunday September 1 2019, the Shakuhachi Foundation was very proud to welcome the shakuhachi master, performer and composer Adrian FREEDMAN (www.adrianfreedman.com) at the Japanese Cultural Centre SHOFUKAN located in ROTTERDAM.

This workshop will be in two parts. During this time we will have opportunities to explore 3 aspects of Zen practice that converge with shakuhachi Honkyoku practice:

* Breath as the source and foundation of Being

* Sound, hearing and listening as a doorway to spiritual understanding and awareness of the true Self.

* Awareness of breath, sound and silence in the practice of Honkyoku, as an experience of the totality of the present moment, as expressed in the phrase Ichion Jōbutsu – Buddha-nature within a single sound .

Adrian will introduce his original piece Seijaku, which blends elements of honkyoku style with lyrical phrases in the Aeolian mode.

The essence of this piece lies in the extended long notes and in the silences between the notes.

Adrian will also demonstrate some yogic Pranayama breath control exercises and other breathing techniques that can assist with playing long notes and with tone control.

The theme this workshop, or sui-zenkai will be the Koku Nishimura Inheritance and the emphasis will be on the pieces that Nishimura himself composed, though this does not mean that we will not play traditional honkyoku for kyotaku as well. Tilo Burdach was a student op the famous shakuhachi/kyotaku master Koku Nishimura (1915-2002).

The program will be as follows:
Friday 18 October 2019: Beginners class. Open for everybody interested in Zen, meditation and / or a combination of both. You will have the opportunity to play and try new kyotaku made by Tilo. These instruments are also for sale might you like them. Time: 12:30 – 16:00.
Saturday 19 October 2019: This will be the start of the real sui-zenkai. The first day we will go through some of the pieces that Koku Nishimura wrote, but are not played nor known very much. So together with Tilo we will explore these pieces and try to play them as Koku Sensei would have meant them to be. These pieces are as a matter of fact not very complicated so everybody will be able to participate. Time: 10:00 – 16:00.
Sunday 20 October 2019: Sunday will be mainly sui-zen, so not really studying the pieces but “just kyo sui (empty blowing) ” together. Time: 10:00 – 16:00 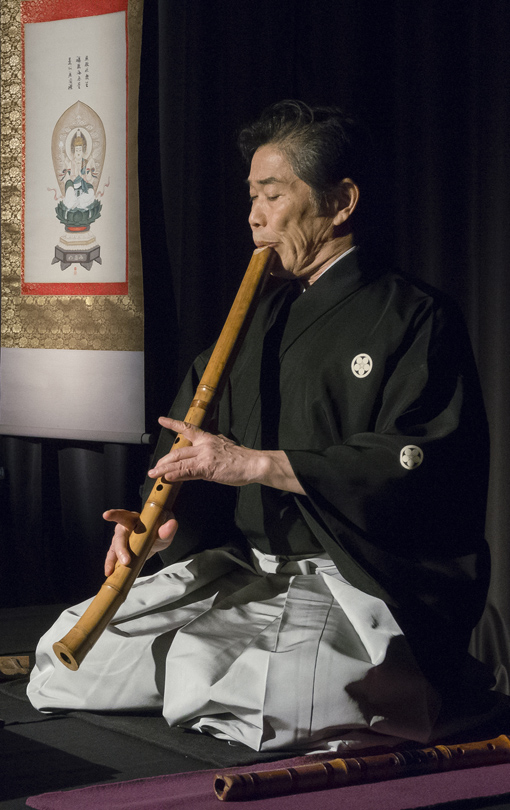 On August 26 & 27, Fukuda Teruhisa (shakuhachi) and Kineya Shiho (shamisen) gave a masterclass, a concert and a workshop at the Japanese Cultural Centre Shofukan, Charloisse Kerksingel 32-14, 3082 DB, Rotterdam, The Netherlands.

Listen back to some pieces of the concert here. 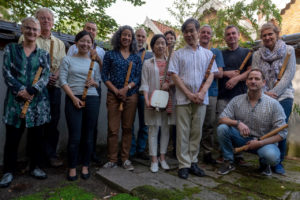 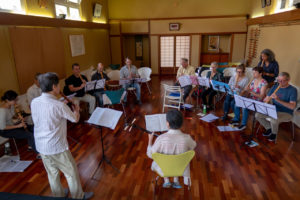 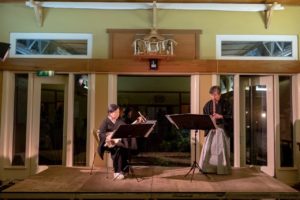 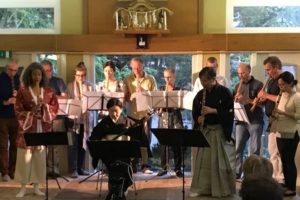 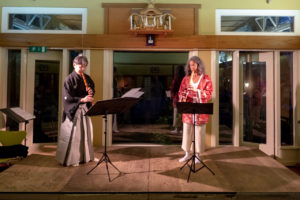 Fukuda Teruhisa was born in 1949 in Nagano, Japan and studied shakuhachi under the guidance of Baizan Nakamura and Kohachiro Miyata. From 1986, he has been giving public performances. He plays both traditional Japanese music and shows a great interest in modern music.

He is also an active composer and is the founder of the Hijirikai ensemble and school (Sainte-école). His school is deeply rooted in the tradition of koten honkyoku but it also contributes to developing contemporary music using shakuhachi, while exploring all the possibilities of the flute. As a performer and teacher, he is involved in liberating the shakuhachi from its strict traditional environment.

He has played with many famous Japanese orchestras, including the NHK Symphony Orchestra.

Watch here a concert of Fukuda Teruhisa together with Kineya Shiho on shamisen.